Yesterday we decided to take a look at the North Texas Fair and Rodeo (held in Denton, just north of Fort Worth) – this was pretty much a last minute decision made Friday night – we thought it sounded like it might be a good idea and it would offer us another new experience – in particular a rodeo! I thought we could go early in the day – check out some events, take a look around and see a rodeo demonstration then come home in the afternoon. Needless to say, it didn’t work out that way. What would have been a good idea, would have been to do some research first!

We turned up at the gates around 10:30am, only to find they were closed – further investigation revealed they didn’t open until 1pm; so we had a couple of hours to kill. We got back to the fair just after 1pm and once through the gates, it didn’t take long to realise that this was quite different, and was relatively small in comparison, to any fair we had been to so far.

There were a lot of cattle on show – with an entire shed dedicated to housing and showing these beasts. I won’t say it wasn’t interesting though! There were some very fine examples of these animals on show.

There was the usual assortment of rides, sideshow alley amusements and food vendors; I tried some old fashioned soda: 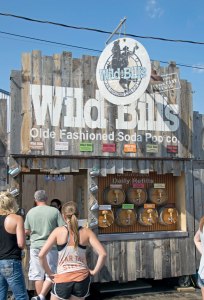 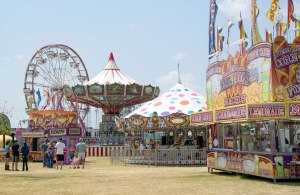 There was only one exhibition hall with displays and the usual fair vendors. Two stages were set up for musical performances, however, these didn’t start until later in the afternoon. So we missed out on the country music (Andrew wasn’t sorry about that)!

There were some old tractors on display:

and there was some entertainments for the kids – we watched the “Kids Tractor Pull” – which was entertaining; there were a couple of “shows” to check out, including a Western gun fight and the Birds of Prey exhibit (which I think was the best thing we saw). All the birds have been rescued and given a new life. This guy stole the show:

I also have to share these two photos – these birds were fantastic! 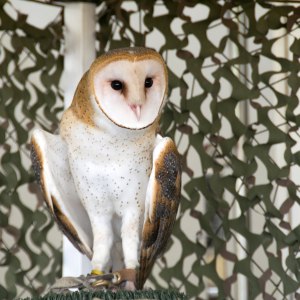 Apparently there was also a photography exhibit which I would like to have seen – but I must have missed this. Overall, I feel there was a bit of lack of information (and direction), particularly for the out-of-town visitor; if you were a local I am sure you would have been prepared and knew what to expect.

So, what about the Rodeo – the whole reason we drove more than an hour from home to see?

Well, the Rodeo wasn’t on until 7:30pm! As we weren’t prepared for this, and after spending 4 hours walking around in the hot Texas sun getting sunburnt and very sweaty – we didn’t hang around for it, unfortunately. Hopefully we will get to see one soon!

Has anyone been to a rodeo? I would love to hear about your experience.

1 thought on “Another Fair Visit”