Well, we certainly didn’t have very long to enjoy Belfast; I find it’s always the way! There is never enough time to see all that I’d like to see.

As we arrived fairly late into Belfast we only had 1 day to see and experience this city. Our Sunday morning started with a visit to the St George’s market, followed by a sightseeing hop on- hop off bus tour of the city, which was excellent. 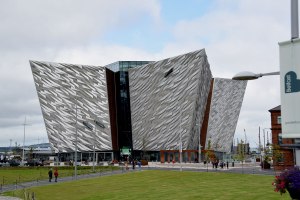 Along the way we went to see the Titanic Belfast experience. This was really very good – and there is quite a bit of interaction you can engage in. The experience takes you through Belfast at the turn of the century and opens your eyes to the living conditions of the people at that time. The exhibit takes you on a tour from the designs and building of the Titanic (you can even take a cable car ride through a simulated building experience), through to its launch and fit out; then through actual displays of how rooms would have looked and descriptions of passengers and crew. Of course following on from its departure from each of the ports it visited you can experience then collision with the iceberg and all the events that followed. Afterwards you can see how the titanic was found and explore the relics on the sea floor via a virtual ROV. This was a really well done exhibit and I learnt a whole lot about the Titanic that I did not know previously. 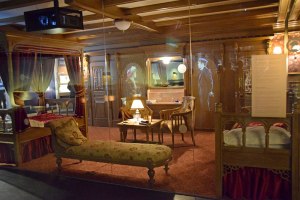 After Titanic we finished our bus tour and then had a late lunch at a most fabulous old pub – The Crown Bar – which is owned by the National Trust. This easily rates as one of the best pubs I’ve been to. This has beautiful tiles, woodwork and pressed metal ceilings (the food was pretty good too). 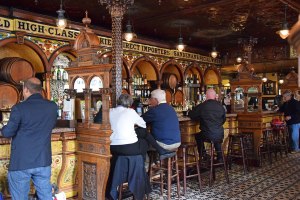 Today, Monday, we departed belfast without seeing a couple of noteworthy sights, including the castle. Time is our enemy! However, we had a lot of ground to cover today. Our first stop was the dark hedges, 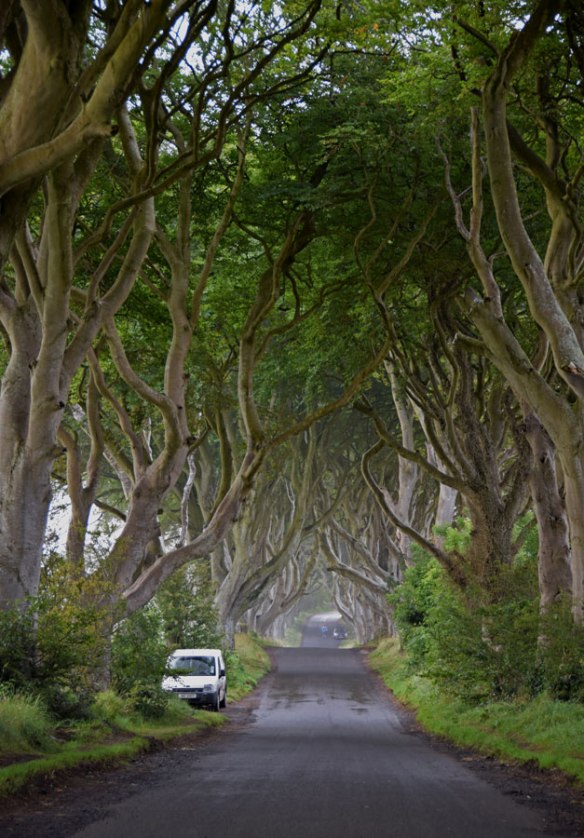 Then onto the lovely sea-side town of Ballycastle for breakfast. Ballycastle was the town where Marconi sent his first wireless message from. From Ballycastle we cruised along the picturesque Antrim coast.

The Giant’s Causeway was next on our hit list; I had been looking forward to seeing this legendary place. The weather was changeable, with alternating sunshine and misty showers. There are a couple of different walks you can do here and we walked back along one that involved a climb of 162 stairs (it was worth it though – the views were stunning)! 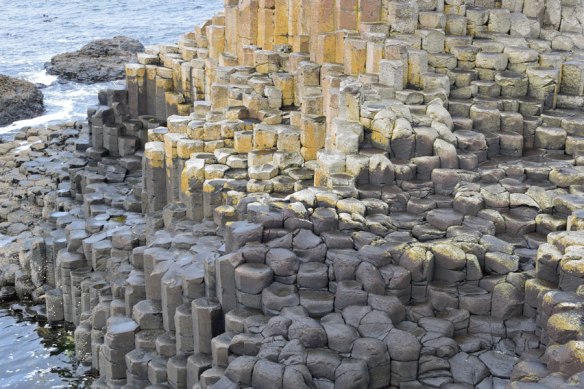 Dunluce castle was our next stop. A ruined castle at the edge of the coastline. I imagine it would have been rather spectacular in its day. 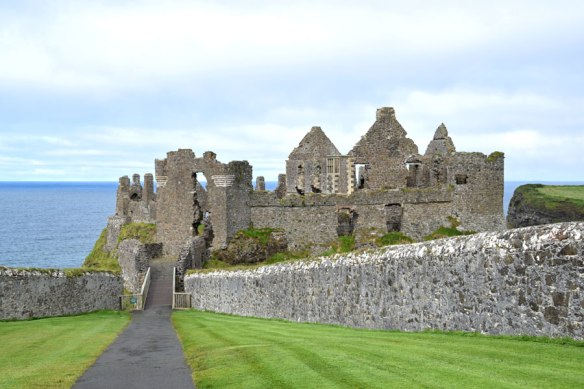 Finally we arrived at the only surviving fully intact walled city in Ireland – Derry (Londonderry). The walls date from the early 17th century.

Tonight we are staying in an 18th century country manor (BeechHill Country House), just outside of Derry, which is just delightful!

3 thoughts on “Belfast to Derry/Londonderry”