I apologise for the lateness of this post; I have been fighting a cold for the past week and the last 2 days it has been fighting back aggressively!

After leaving Galway we headed to The Burren (literally ‘rocky land’ in Gaelic) – and the countryside is just that! Very different to other areas of Ireland. I was keen to see some more of ancient Ireland and we called in on Poulnabrone Dolmen, dating from 2500-2000 BC. 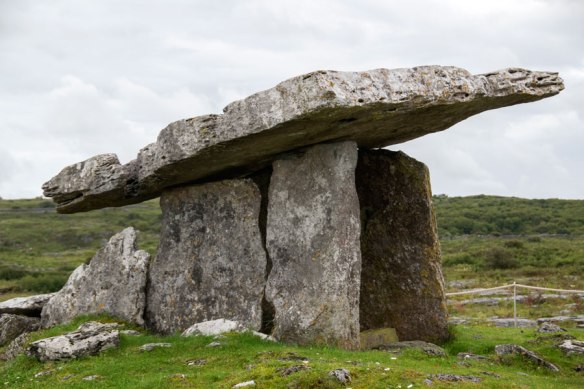 Afterwards we headed to the Cliffs of Moher. Very spectacular! 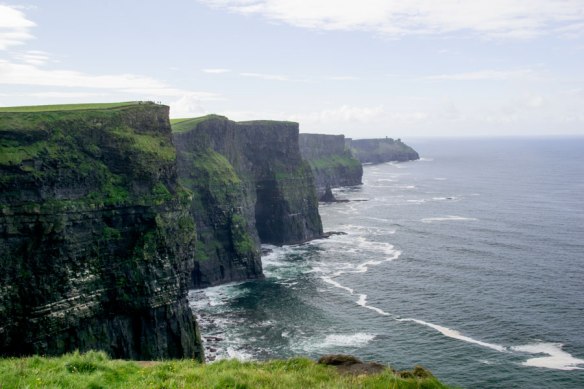 We didn’t really have as much time as I would have liked to explore this region, however I did manage to squeeze in some more High Celtic Crosses at Kilfenora:

– we needed to move on to the town of Bunratty, where I had booked us a 4 course medieval banquet at Bunratty Castle. This was fabulous.

Upon arrival at the castle you climb the narrow spiral staircase to the great hall where we were greeted with a goblet of mead (this was delicious, by the way) and a violinist. We then enjoyed a welcome from our hosts (all the staff are in period costume) with a history of the castle and some more music and song.

Everyone is then ushered down stairs to the banqueting hall. The only implement provided for eating is a knife, so the soup – you had to sip from the bowl. The food was very good, and during dinner entertainment was provided by a fiddle player and a harpist; there were also interludes of singing and story telling. Overall though, my favourite was the solo by the harpist. Just wonderful! It was a great night and I’m glad we did this.

The following day we headed into Limerick for a look around. Again, not enough time, but we went to King John’s Castle (sitting on the banks of the Shannon River), which provided a great interactive display of history of Ireland, Limerick and the castle.

While in Limerick we also visited St Mary’s Cathedral, originally built in 1172 – this is probably one of the best ancient churches I have ever seen. This stone building has wonderful stained glass panels, an oak barrel vaulted roof and is probably best known for it’s 15th century oak misericords (a form of seating used by the clergy) with each one having a different figure carved into the underside of the seat (they fold up when not in use). 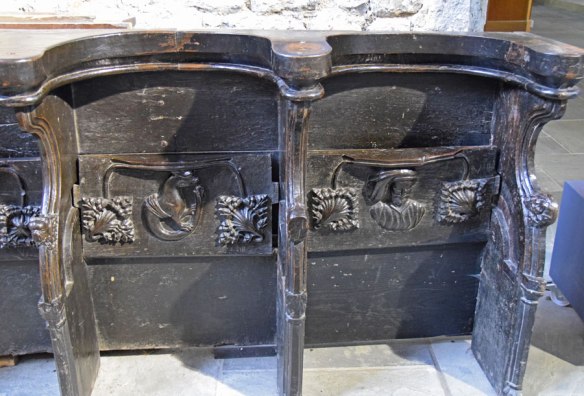 On then to Kilarney!

1 thought on “Bunratty and Limerick”