This coming Monday is ANZAC day. In Australia and New Zealand, ANZAC day is observed every year on April 25th. It is a solemn national day of remembrance and commemoration.

ANZAC stands for Australia and New Zealand Army Corps and ANZAC day commemorates the anniversary of the landing of the ANZAC forces on the Gallipoli peninsula in 1915 during WWI, in order to capture the Dardanelles. It was the first major military conflict that the ANZACs fought in. This year marks the 101st anniversary of that terrible event.

ANZAC day starts with a dawn service to remember those thousands of brave souls who lost their life during the battles of World War I. There are Dawn Service ceremonies held at hundreds of locations across Australia. There are more than 40 held in the Newcastle and Hunter region alone. The largest in Newcastle is held at Camp Shortland at Nobby’s beach. I actually attended last year, and being the 100th anniversary, there were record crowds, but it was still quite an experience.

ANZAC Day was first celebrated in 1916 however, the first organised dawn service is generally regarded as being held in 1928 where two minutes silence was observed and wreaths were laid at the Cenotaph in Sydney. The tradition continues and now includes the honouring all Australian service men and women who have been killed in any military operation which Australia has been involved in, with commemorative services taking place at dawn (the time of the original Gallipoli landing). Services also include the laying of wreaths, reading of letters, a bugler playing of the Last Post and a period of silence.

Following the services there is a march for service men and women (in Newcastle this occurs down Hunter Street). However, Sydney hold one of the biggest services in the country which is televised, along with the service conducted at the Australian War Memorial in Canberra. The day generally also includes a few beers and the playing of two-up. You’ll also see plenty of people wearing a red poppy (the Flanders Poppy is normally worn as part of the ritual of Remembrance Day (marking the Armistice of 11 November 1918), but is now becoming increasingly used as part of the ANZAC observance). It is most usual to wear a sprig of rosemary, however.

Thousands of Aussies and Kiwi’s (individuals from New Zealand) also make the trek to the Gallipoli Peninsula in Turkey to attend the Dawn Service at Lone Pine. I have been lucky enough to visit Gallipoli and see ANZAC cove where the troops landed and Lone Pine where many diggers are now buried.

My visit to Gallipoli was in 2006. We were there as part of a tour through Turkey, and we arrived early in the morning – the best time to get there as there was no-one else around. What an incredibly moving experience. I cannot describe how it felt to be there – it was just incredible; very solemn, awe inspiring, overwhelming, and heart-breaking. And if ever you decide to visit Gallipoli, I would recommend not going around ANZAC day; visit without the hordes of other people, take your time and really appreciate the whole experience. 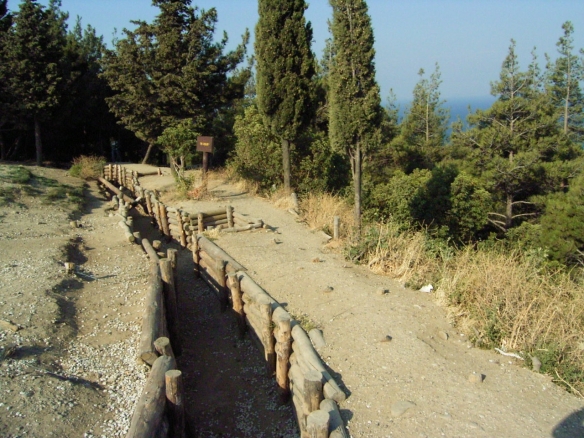 Some of the trenches around Gallipoli

Please take the time to observe ANZAC Day and remember those who sacrificed their lives!

“THEY SHALL NOT GROW OLD, AS WE THAT ARE LEFT GROW OLD,

AGE SHALL NOT WEARY THEM NOR THE YEARS CONDEMN,

AT THE GOING DOWN OF THE SUN, AND IN THE MORNING,

WE SHALL REMEMBER THEM”!

More information about ANZAC Day can be found at the Australian War Memorial web site.

A visit to Steamfest, Maitland 2016

It’s been quite a while since I last did a blog post (3 months, in fact). I could name any number of reasons why I haven’t posted; in moving back from the US, I found my life had returned to being something like ordinary, mundane, boring even. I felt like there was nothing interesting happening, no adventure in my life and thought I had nothing worth writing about. However, when it comes down to it – I just couldn’t bring myself to do it – the fact was I was feeling a bit low and found I was struggling a little with settling back into life in my own hometown – not being able to move back into our own home didn’t help matters either. I found myself starting to move into depression despite efforts to look for all the positives in my life – I still had a job, and I wasn’t living out of my car, for instance. Anyway, moving past that I am trying to get back to the life I want to live. This weekend we did something interesting and went to take a look at “Steamfest” – I thought I might share some of the experience with you. 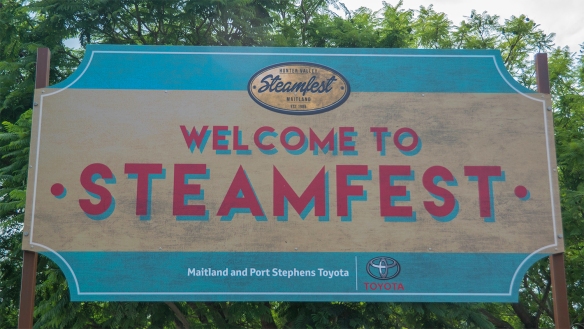 Steamfest is a festival celebrating steam, of course. But the highlight of the festival is the return to the railway tracks of the old steam locomotives, which brings thousands of visitors to Maitland railway station and surrounds. The event brings by steam engines from the Canberra Railway Museum, Powerhouse Museum and Trainworks Railway Museum and rail motors from the Rail Motor Society.

Steamfest began in 1986 after the last coal operated steam hauled freight service in Australia on the South Maitland Railway Line closed in 1983. This year marked the event’s 30th anniversary. Steamfest is held over 2 days in April every year at Maitland in the Hunter Valley region of NSW. There are plenty of activities to keep everyone in the family entertained, but especially those who appreciate the age of steam on the railway tracks. 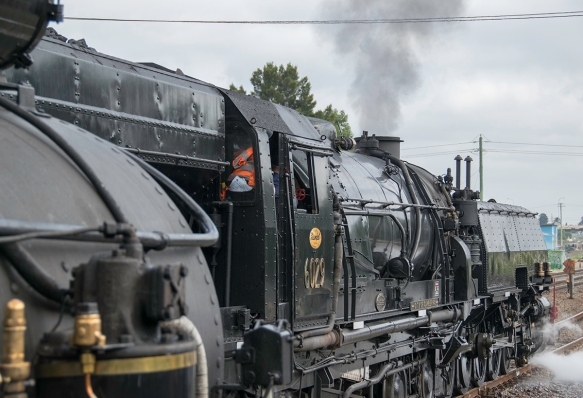 There are some great steam displays, featuring antique machinery, market stalls and of course, the wonderful steam engines as well as some of the old Rail Motors, including the old “red ratlers”.

You can also take a helicopter joy flight over the area. On the Sunday there was also a Show’n’Shine featuring classic cars, hot rods and motorbikes as well as live music and rock and roll dancing.

The highlight of the festival every year is the Great Train Race between one of the steam trains and a Tiger Moth; this year however, there were four steam engines involved – racing each other, as well as four Tiger Moths in the skies above.

This had never been done before on such a scale. It is possible to buy tickets and take part in the race on the trains; however, if you miss out on a ticket you can view the trains from any number of vantage points (overhead bridges, train stations and pedestrian overpasses) along the route. I didn’t get a ticket (maybe next year), so I watched them go by at a nearby train station; what a great thrill it was to be able to witness a part of it.

I can recommend a visit to Steamfest, and the best thing – it’s free. You only have to pay for tickets for a train ride if you want one, or a nominal $2 charge for entry to the Rally Ground where all things steam were on display, including: 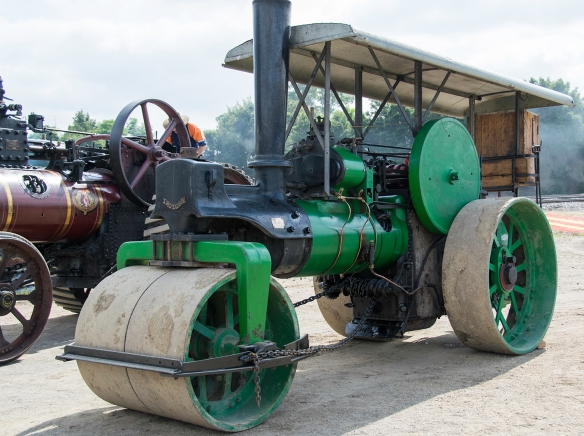 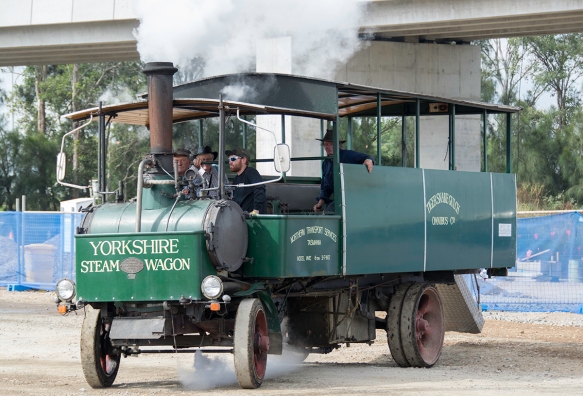 So, if you ever find yourself in the Hunter Valley region of NSW in April, why not go along!